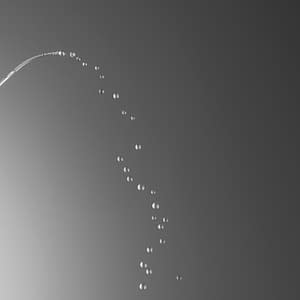 If you need to catch up on ‘Beneath the Sheets’ then why not check out the full collection here?

Amazing particularly when you think how reticent people can be to talk about or even acknowledge it.

How Can I Squirt?

A key aspect of hoping to squirt is also to allow your body to relax so that it can have a chance of achieving sexual pleasure. Sex and nerves, or even the fear of not reaching a certain goal, rarely produces positive results. So save yourself the worry and just enjoy your sexual experiences. I mean, what’s not to love about enthusiastic fucking?

Put Down Some Sheets

One of the biggest fears or worries that aspiring and existing squirters alike have, is that they’ll end up dampening their bed or indeed wherever else they may be having fun. This apprehension can often be enough to cause people to clench up due to concern about the clean-up session that their pleasure might cause.

As mentioned before, nerves can massively hinder any attempts to squirt, meaning a fear of making a mess is a direct hindrance to any attempts to reach this coveted pleasure point.  Plus, to some degree, it’s reasonable to consider clean-up a concern. Who wants a wet and messy bed after sex that they’ve got to deal with? It’s not exactly conductive to a post-fuck cuddle session, that’s for sure. Which is why putting down the right sheet can be everything.

Plus, and this means a lot to us to say…

‘Study concludes that women who squirt during sex are actually peeing’

That last one was from a site that had the word ‘Science’ in its title too – as if this is definitive and not simply a point of scientific curiosity.

The overall atmosphere of these articles is depressingly negative, shaming, and devaluing of what is, prevalently, a form of female pleasure and sexual ownership. It aims to discredit, disvalue, or otherwise deprive women of the pleasure their bodies can produce.

And, to this, we give a huge, unapologetic, middle finger and if our teddy mascot, Elvis, has fingers we’re sure he’d do the same.

Use our sheets to find your relaxation point, exercise whatever fluid-based arousal you wish on them, and gush to your heart’s content. We are here to provide the tools, and we support you wholeheartedly, but you’ve got the power.

If you’re a squirter then please, give our sheets a try, and we will be happier knowing we’ve given you yet another tool in your arsenal to achieve sexual delight. And, if you’re aspiring, then know that we wish you all the best and you won’t need to worry about a single stray droplet as long as you have our sheets to hand.